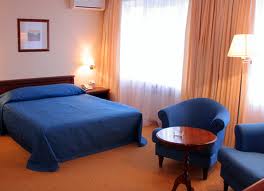 تحديد السعر من البائع
البائع
فندق ام كلثوم
مصر, ﻿القاهرة
(المكان على الخريطة)
+20(
عرض الهواتف
الاتصال
خدمات من شركات أخرى
وصف
irst it was a legend, and now we are making it alive again Live with us in the 40th which called the golden age, with her soul, you'll remember all her best, for all that she was called KUKAB AL SHARQUE. Now the four stars Om Kolthoom Hotel &amp; tower is constructed in the same place of Om Kolthoom villa on high-class standers to match clients' desires, and to take you back again through ages to the golden age of Om Kolthoom. Beginning with the four stars hosting, services, and it's fabulous position situated on Cairo on down town and on the most beautiful Nile side to enjoy the east magic that will fascinate you. The hotel Capacity is 150 rooms, all rooms are comfortably furnished with private facilities, air-conditioned, shower, TV (Satellite Channels), mini bar, outside telephone lines and of course the beauty of the east culture.
الاتصال بالبائع
Single room